How to generate new revenues through tiered subscription levels 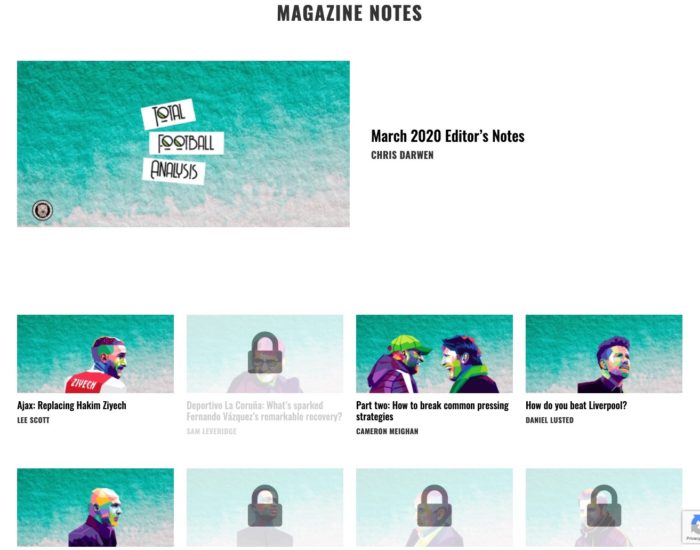 Total Football Analysis publishes a wealth of content, both on their daily site and in their monthly magazine. All told, they publish more than 120 articles a month. It’s an almost overwhelming amount of content.

Which is why the magazine has put serious thought into how they package and protect all that content.

The first step was installing Leaky Paywall to protect all of their content, daily and monthly alike.

Founder and Editor-in-Chief Chris Darwen explains the decision as a realization of how much they were offering their readers every day.

“We already had a digital magazine going out once a month that people were paying for,” Chris says. “But we also felt that the content we put out daily was of sufficient value to people that they probably wouldn’t be completely adverse to paying for that as well.” 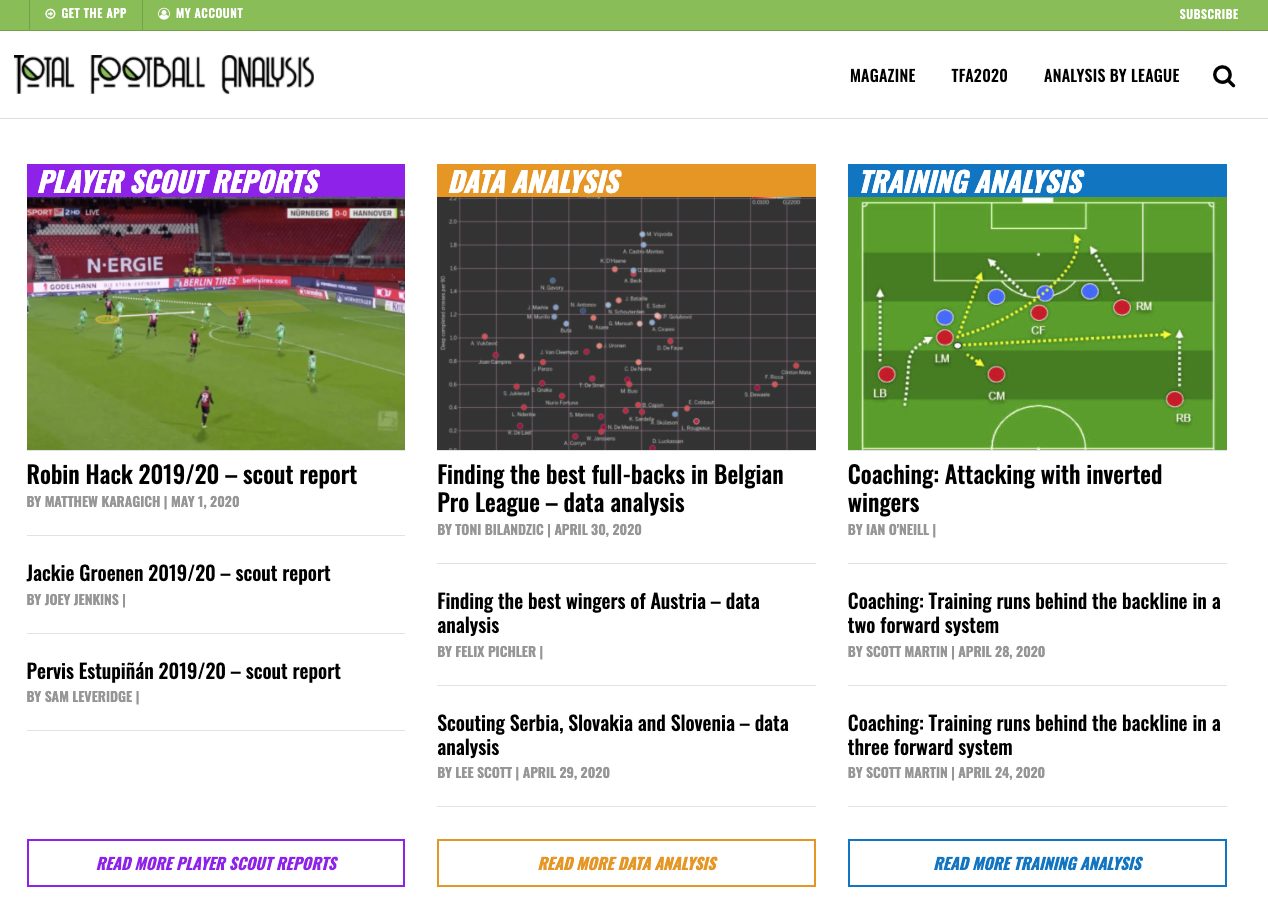 Darwen points out that for a publisher of such niche content, a paywall revenue model makes more sense than that more traditional advertising model.

“We’re never going to drive the 5 million pageviews a month that you need to even break even with ad revenue. But if we could convert x% of our readers into monthly or annual subscribers, then that’s how we could have a predictable revenue model, which should be pretty solid even in weird times.”

It was an almost prescient consideration, since ‘weird times’ are upon us and Total Football Analysis is stronger than ever.

“A lot of media companies have seen CPM rates crash like a stock market crash and we’ve not been affected by that because we’ve never been reliant on ad revenue,” Darwen says. “Our members are sticking with us and, if anything, we’ve seen our membership base grow in the last few months.”

With the paywall installed, Total Football Analysis turned their attention to reader experience and content structure. In addition to a complete re-design of the site itself, they also decided to give readers control of their own content pipeline.

They created three subscription levels. The most standard level is an All-Access Pass to everything Total Football Anaylsis has to offer.

They’ve also followed the recent trend of creating a free level as an introduction to the magazine and an entry point to their subscription funnel. 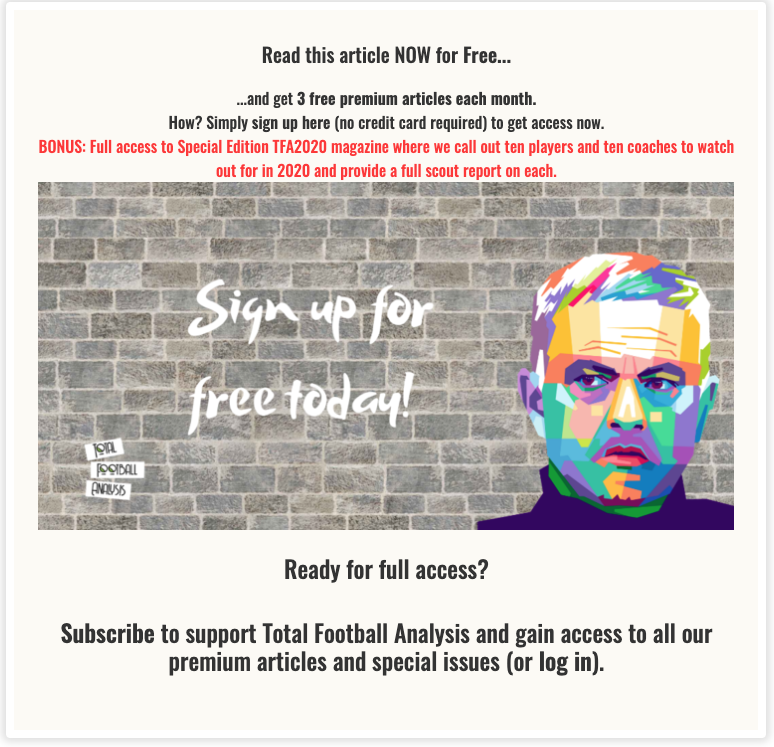 The free level kicks in after the paywall meter has expired, offering readers three free articles a month in exchange for a simple site registration to build their email list.

A free level is a great tool to ease friction in the subscription process. It teases readers with the full value of a publication without demanding payment. And once you have their email address, they are ten times more likely to become a paid subscriber.

With a publication as prolific as Total Football Analysis, however, it only made sense to add a middle option. And that’s how the Bitesize Subscription Level was born.

The Bitesize Subscription Level is a smaller version of the magazine. For about half the cost, this intermediate level excludes specific articles and the daily content.

It’s a good compromise for readers overwhelmed by the sheer volume of Total Football Analysis’ content. But it’s also an excellent launching point for a full subscription.

If they’ve committed to the Bitesize subscription, they’re already more than halfway to an All-Access Pass. They have an excuse to regularly visit the site and see all the marvelous new information.

The layout of the Bitesize edition is designed to tantalize. It shows all the articles from the full version, but with locks over the articles they can’t access. Bitesize subscribers know exactly what they’re missing. 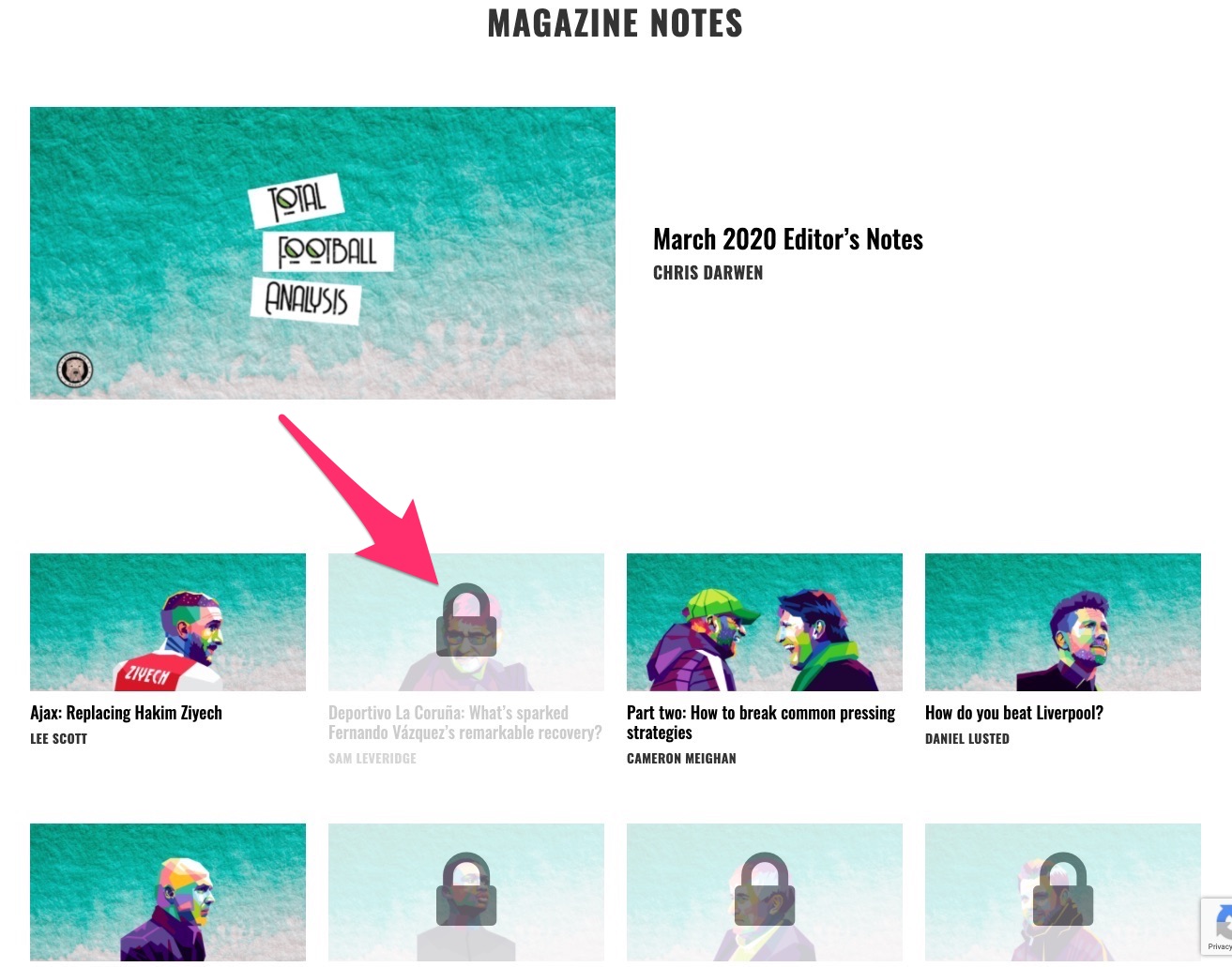 They’ve also already provided all of their personal information, so there’s no friction to upgrading. And until they’re ready to do that, Total Football Analysis has their email information, so they can send out subtle reminders of the benefits of a subscription.

Darwen could hardly be more pleased. “I really do like how the magazine set-up how it now looks. If you’re a bitesize subscriber now it’s so obvious that if you want the rest of the magazine, you have to upgrade.”

All of the changes—the new layout, the new subscription levels—are having a great effect on the magazine’s success.

In the four months since the changes began, their email list has more than doubled and they’re still seeing more than 50 new people sign up every day.

“I would put that down to several factors. One, that we’re actually doing a proper daily email list now, which we weren’t previously. And then having the free subscription level and encouraging people to work through that as quickly as possible, with the hope that they’ll want to upgrade so they don’t miss out on the rest of the great content out there for them this month…I think that’s played a big part.”

And that’s the goal scored.

Want to see find out how a smoother subscription process and the right packaging can improve your digital sales? Let’s talk.