Rediscovering the Sense and Economics of Publishing “Things” 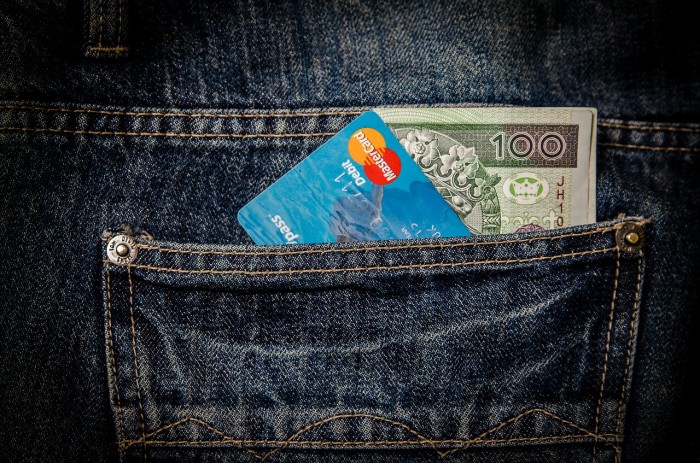 From what I’ve seen through my work here at zeen101, the publishing world right now is taking one large step backward—and, in my opinion—that’s the right direction.

The lavish promises of digital publishing have captivated the publishing industry for nearly two decades. The idea of instant publishing with instant worldwide distribution is quite compelling—so much so, that it has led the industry astray.

Blogging—the format that dominates digital publishing today, and will therefore be my focus—delivers on some of digital publishing’s most alluring promises: it is instant, cheap, & global. So, being the most obvious form of digital publishing—with cheap and easy tools—many publishers came to the reasonable conclusion that blogging was the future and that it was worth the negligible investment of money. (The investment of time, on the other hand, is anything but negligible….) Magazines started blogging communities. Book publishers became niche bloggers. Newspapers became news bloggers. And the revolution was off and running.

Here’s the rub. In all our excitement (I include myself because I’m a refugee from the publishing world) to rush to the new instant, cheap, and global medium…we left behind some key pieces of publishing. I’ll highlight two:


Blogging is great at making money in a few ways. For example, if you’re looking to turn your family into a lifestyle media brand, blogging might be a good way to start. If you’re looking to pump out free content so that you can sell more “concrete” goods or services, a content marketing blog would do nicely. Or, if you’re looking to keep an already-salivating audience’s appetite churning away (and spending money), a product blog makes sense.

Unfortunately, none of the ways in which blogs are good a making money lend themselves to the publishing industry. There’s an unfortunate conflict of interest when it comes to blogging that leads publishers to work against themselves:


A classic Catch-22 for any publisher that blogs.
The answer, then, I would argue is to stop, and take a large step backwards. Do not continue to plant trees that bear no fruit.
The reason this conflict exists is format. The internet audience has come to expect that any content delivered to them through a blog is free. Publishers have tried addressing this issue by selling advertising space, which—when using the most popular ad-delivery services—is very rarely worth the effort and leads to publishers working to create clicks instead of content—further distracting them from their original mission.

The answer, then, I would argue is to stop, and take a large step backwards. Do not continue to plant trees that bear no fruit.

Digital publishing is the future of the publishing industry. Blogging will not be the profit center.

Have you ever known a person who blathers on all day to be continuously interesting? No. At best that person is occasionally interesting. Let’s face it, stream-of-consciousness publishing is not a natural way to publish nor receive information. Humans must ruminate on interesting topics. This takes time. Quality takes time.

Unless you’re the Huffington Post and have built an army of interns who work for cheap and ego-maniacs who write for free, it is not realistic to think your team can pump out enough content every day to capture and sustain the disinterested passing fancies of today’s overloaded information addicts. Publishers should not be asking editors, for example, to blog just because they NEED MORE CONTENT. Leave the editors alone. They should be behind the scenes. That’s their job.

Too often publishers lament the consumers’ move away from buying paper. I find that to be the mark of a tired publisher. I get it. Selling was much easier when an audience understood the value of something they could hold in their hands. The exchange of value was clear. “Money for thing.”

We can pick up with digital “things” where we left off with physical “things.” Publishers just need to avoid the mind-shattering pace and economic rabbit hole of blogging by producing “things” again—albeit, digital “things.”

Package content in a format people are used to buying—whether that’s an “issue,” or a “book,” or a “magazine.” Digitally, they’re all one-and-zeros, of course but packaging matters. Sell issues. Sell magazines. Sell collections. Sell books. Ask your audience to buy a thing. Deliver that thing. Make sure it’s worth the money.

People have purchased subscriptions to content for as long as publishing has been publishing. But subscriptions to stream-of-consciousness blogs have been a hard sell. (If that’s your route, keep your subscription cost low enough that it is more bother for your customers to cancel than it is to leave it running.) If you’re going to charge newsstand rates, and I think you should, subscribers will need an “event” at some point in the transaction so that they feel as though a product is being delivered—twelve issues “arriving” every year, for example. This makes the exchange of value clear to the subscriber. “Money for thing.”

Historically, the digital publishing tools required to publish such digital “things” have been absent or cumbersome. Here at zeen101, we’re working to improve the state (and profitability) of digital publishing. We’ve built and released a suite of tools to help publishers publish digital issues, sell subscriptions, and put their publications into their readers’ mobile devices.

I won’t describe them all here in this post, but I invite you to click the links above and see for yourself. The promise of digital publishing is real. We just need to take the right path.

Edit: Make sure you read Part 2 for more ideas of digital “Things” to sell